Happy Pride! As we celebrate the 50th Anniversary of the Stonewall Riots, it’s clear that we’ve come a long way and we still have a long way to go. What started out as a protest against the police brutality of homosexuals in NY, the Stonewall riots, has grown into a nationwide celebration of acceptance. The culture of this country is ever changing. We believe in the transformation of diversity and the inclusion of everyone to become the person they truly are. Evolve Activation celebrates the expression of diversity in June and all year round.

Our uniqueness makes us strong. From Alan Turing, a British mathematician and scientist who played a key role in breaking the code for the Nazi Enigma machine in World War II, assisting in no small part in the defeat of Adolf Hitler and the resolution of the second world war. Months after he broke the code, according to The Times, the British government arrested Turing on the charge of “gross indecency” under the Criminal Law Amendment Act.

Leonardo da Vinci who not only painted the Mona Lisa and the most celebrated rendition of the Last Supper, but he also drew sketches of helicopters and other flying machines hundreds of years before the Wright Brothers built the world’s first airplane.

Christine Jorgensen, the New York Daily News headline that announced her as the world’s first out transgender woman was anything but subtle. It read, in all caps, “EX-GI BECOMES BLONDE BEAUTY: OPERATIONS TRANSFORM BRONX YOUTH.” Jorgensen brought a likable, relatable, intelligent, and kind face and voice — not to mention a generous portion of elegance and style — to the previously hidden reality that gender is anything but a binary issue.

As we celebrate Pride Month, we celebrate the freedom of self-expression. People around the nation have made their voices heard and we stand in support. Our language reflects our values, and the efforts being made to transform the way we speak to allow space for self-representation. Pride celebrations are vital to ensure the future is brighter than it is today. 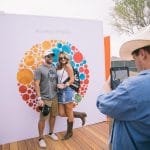 The Art of Sampling: 6 Secrets of Successful Product SamplingArticles