Forbes’ article on the differences of Gen Z reminds us that people born between the years 1997-2012 have been “living in a world of smartphones and free Wi-Fi for as long as they can remember.” While many of the Millenniums were born with the World Wide Web functionally existent, the majority of their younger cohort inherited a world of mobile social media.

Michael Dimok, of the Pew Institute for Research, reminds us: “The iPhone launched in 2007 when the oldest Gen Zers were 10. By the time they were in their teens, the primary means by which young Americans connected with the web was through mobile devices, WiFi, and high-bandwidth cellular service.” This constant connectivity and technological fluidity are important factors for the behavior of this generation.

Born into a social media ecosystem, the attention that these young people receive through their apps is approaching the importance of oxygen to them. Because of their desire to be entrepreneurial, they are savvy to the ins and outs of social media and can make great influencers.

The influence of social media goes in many different directions and has effectively changed the playing field of contemporary culture. With direct channels to distribute content, there are some incredibly wealthy and influential teenagers and young adults. How will this new world of media change the expectations and desires of this interconnected and global group?

One surprising development during the recent past is the elevation of Esports at the collegiate level. This summer, Kaylee Hultgren wrote for Event Marketer that “140 universities offering formalized esports programs today (not to mention the scholarships that have followed), the collegiate esports industry is gaining some serious traction.” This game-changing moment in university culture is an important opportunity for marketers.

Generations are not set in stone. There are certainly people who do not fit the descriptions we are starting to sketch out about Generation Z. Still, to maximize our communication efforts, it will help to study the differences in each generation. 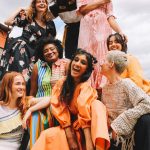 Who are Generation Z? Part 1: EconomicsArticles